Organ concerts in July and August 2022

The recital inaugurating the cycle of concerts will be performed by Jakub Moneta from Świdnik – a student of the Karol Szymanowski 1st and 2nd Degree General Music School in Piotr Rojek’s class, the winner of many Polish and foreign competitions. 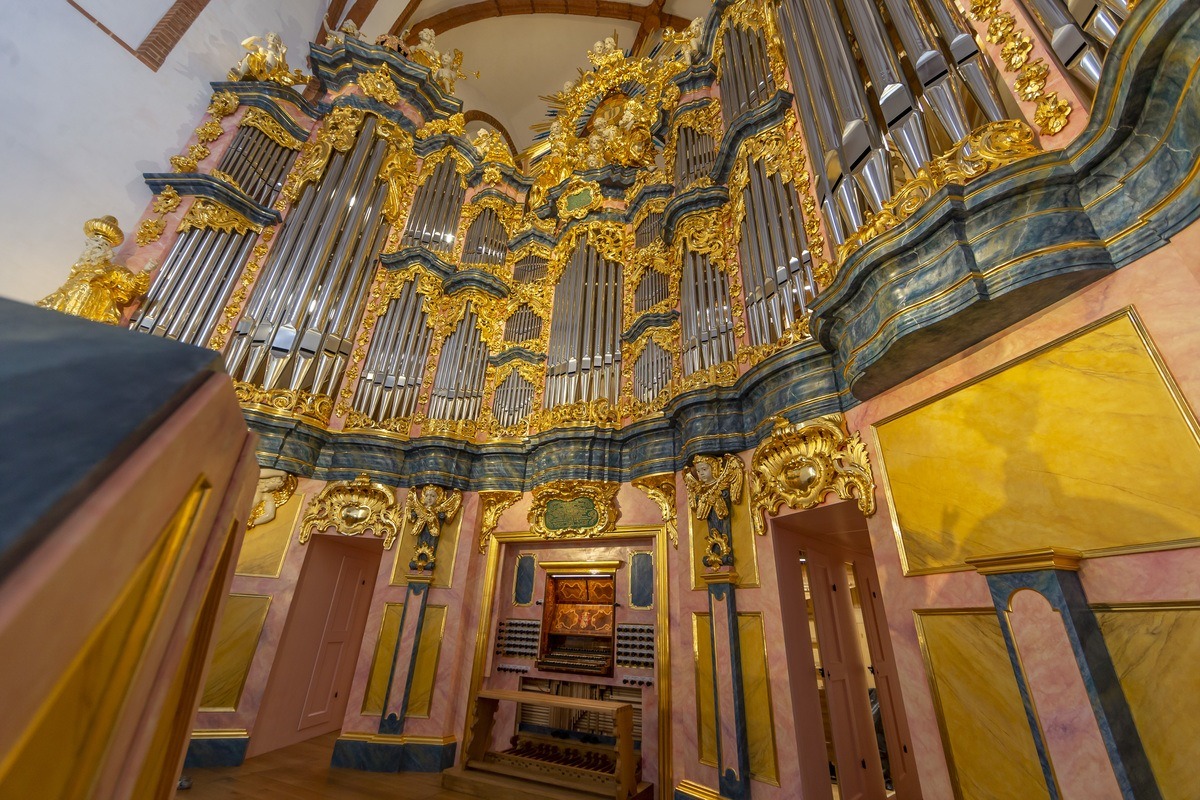 Concerts scheduled for every Friday at 7:00 p.m. from 1st July till 26th August will be free. You do not have to collect passes – just come to St. Elizabeth’s Church.

Pipe organ in St. Elizabeth’s Church like a Phoenix from the ashes

The construction of the pipe organ called the ‘Voice of Silesia’ was started by Michael Engler in 1750 and completed by his son Gottlieb Benjamin Engler and his son-in-law Gotlieb Ziegler 11 years later. The centuries-long history of the Engler organ was interrupted by a fire that burned down Saint Elizabeth’s Church on 9th June 1976. The only parts of the organ that survived at that time were partly burnt figures and ornaments.

Only in 2011 was the decision made to reconstruct the organ.

Today, the reconstructed pipe organ has 3,468 pipes, including 683 wooden ones; the biggest one is 12 metres long, and the smallest one (11 mm) is difficult to notice.