Which section of Pomorska street will be closed? Detours

The section from the intersection of ul. Pomorska and ul. Dubois to Plac Staszica will be closed.

Drivers will use detours. 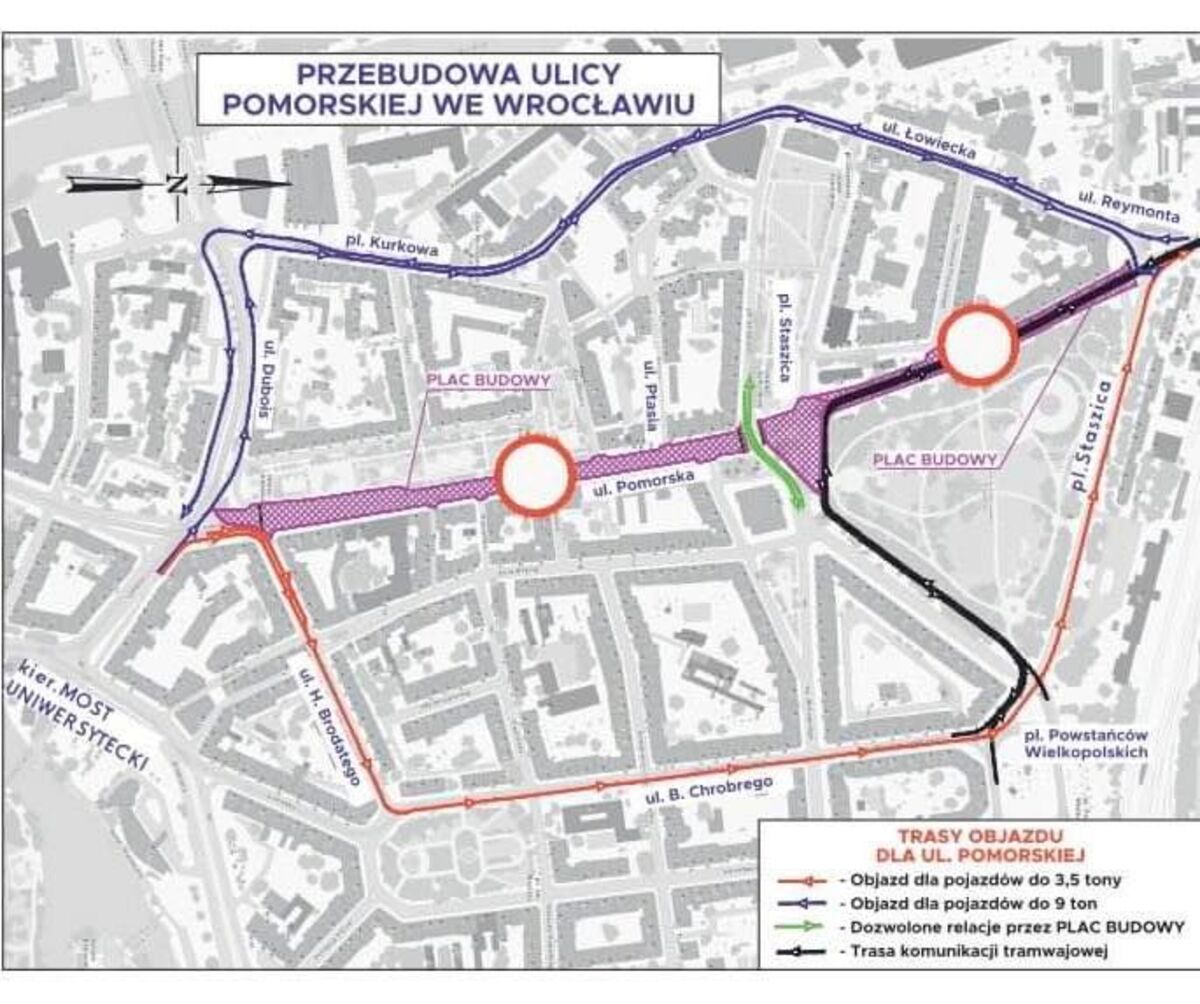 Reconstruction of Pomorska. New trackage for trams and buses

The total length of the section to be renovated is 1.2 km. Two intersections will be rebuilt along the way:

After the end of reconstruction works, almost 1.1 km of new trackage will be built up and used also by buses in the future. This means that public transport vehicles will use a separate lane.

Along the section of ul. Pomorska and Plac Staszica under reconstruction, around 1.8 km of new bike paths, pavements and tram/bus stop platforms will be built. Ten pedestrian and bike crossings will be constructed, too. During the course of the investment, 156 new lamps and 43 pedestrian crossing lamps will be installed.

Reconstruction of Pomorska. Big renovation of waterworks and sewage piping

The underground utilities will also be thoroughly rebuilt. Over 2 km of a new stormwater drainage system, over 1 km of a new water supply network and a few hundred metres of gas and sewage piping will be built. Greenery-related works will be carried out comprehensively in co-operation with the City Green Administration in Wroclaw. Young trees and shrubs and rain gardens will appear.

The Wroclaw investment is supported by the Polski Ład [Polish Deal] program. The amount of funding is over 63 million PLN. The total cost is around 66.4 million PLN.