"Contemporary artists reinvigorate the Still-Life tradition" is a new art exhibition organized as a cooperative project between the Four Domes Pavilion, a branch of the National Museum in Wrocław, and MOCA London. An advantage of traveling exhibition (earlier in Norway and Sweden) is fact that works of Polish artists are added to works chosen by MOCA. In the main role of exhibition – still life.

Curator of an art exhibition, Małgorzata Santarek, emphasizes that the title of an exhibition and earlier, a book of Michael Petry (director of MOCA) is very significant. – It derives from French expression of nature morte, previously there functioned an English expression “still life” in which act of death was not exposed – he adds. – The main purpose of still life is to remind us of mortality, that is why it presents rotten and moldy food, faded flowers or hourglass very often – explains Michael Petry. In his exciting album ( the album was released by Thames & Hudson) that is available also on an art exhibition in the Four Domes Pavilion, director of MOCA presents works of contemporary artists who venture the theme of dead nature. 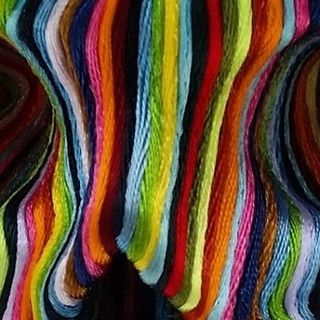 An art exhibition different in every city

An idea for the exhibition comes from a book. An art exhibition traveled in Sweden and Norway, we will have a possibility to see it from February to May in Wrocław and then works will come back to London. Besides the collection of MOCA that includes works of artists from around the world, depending on the country where "Nature morte" is presented, works of local artists from partner’s collection are added to an exhibition – in this case, the National Museum in Wrocław. In the pavilion, we will see 31 artifacts among others by Magdalena Abakanowicz, Alina Szapocznikow or Tadeusz Kantor and also young artists from Wrocław’s ASP.

Londoners boast about an art exhibition in social media, monitor everything, not only director of MOCA Michael Petry came to Poland, but also curator Roberto Ekholm.

A dead nature on an art exhibition was divided into five thematic blocks (food, fauna, flora, household objects and objects related to death). – It is our, curatorial initiation of dialogue between an old and contemporary art, because a theme of dead nature is still fascinating to artists – admits curator, Roberto Ekholm.

Things not to be missed on an art exhibition

What should attract your attention on an exhibition? Photographies by Per Christian Brown who took a picture of Norwegian soldiers who wear a protective taint and in a while they will learn how to kill. Skull made from dust by Paul Hazelton because the author made it from a dust collected in his own flat arguing that this dust includes human epidermis. Andrzej Bielawski’s works that show a nature regulating the life or small pebble of Rob Smith – Previously it was a big stone, but author put it into water wheel for 45 days. Work called “Ollie Monkey” by Peter Jones is also intriguing. – Monkey in an art was a reflection of an inner beast that is must be controlled – says Michael Petry.

Air quality poses a minimal hazard for the elderly, pregnant women, children, people with cardiovascular and respiratory diseases, people with asthma and other vulnerable groups.

Events and entertainment in Wrocław